A native of Atlanta and a cradle Episcopalian, Liz has been active in the Episcopal Church all her life.  When she married her college sweetheart, they created a family that includes a girl and two boys. Liz returned to school in  mid-life and earned a Masters in Social Work at Virginia Commonwealth University in 1991.

After becoming a Licensed Clinical Social Worker, Liz opened a private practice in psychotherapy in Manassas. To augment her income, she taught Social Work at George Mason University. After fourteen years in private practice, Liz finally answered a lifelong call to ordained ministry and earned a Masters in Divinity from Virginia Theological Seminary in 2014. In June of that year, she accepted a call to serve as deacon at St. Paul’s Episcopal Church Bailey’s Crossroads and after her ordination to the Sacred Order of Priests in September, she became the Priest-in-Charge. In the spring of 2017, the Vestry called Liz to be the Rector of St. Paul's and she accepted the call.

Liz enjoys her family (which now includes two in-law children and four grandchildren), long lunches with old and new friends, movies from every era, the theater and gardening. Tennis has fallen by the wayside, but Liz is still an avid walker...........just a little slower now! 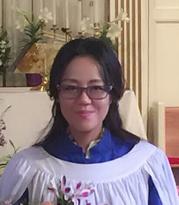 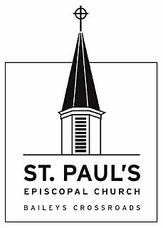 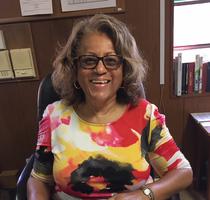